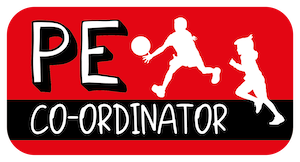 Learning his tricks growing up in Guildford UK, Dan refined them and put together an amazing, unrivalled football freestyle display that kept him at the top of the freestyle tree where he remains to this day. He has performed half time shows for many Premiership football clubs and has appeared in TV commercials worldwide alongside some of the world’s biggest names in world football.

In 2009 Dan became the first person in the world to keep a ball in the air for 24 hours without dropping it. This amazing feat was followed a few months later by a gruelling 36 mile walk across London in January 2010, keeping a football up the whole time. In June 2010 he extended his 24 hour record by 2 whole hours, raising the bar for other freestylers to strive towards.

Dan will wow your students with a showcase assembly, showing his most difficult skills before giving a handful of students the chance to learn & demonstrate a new trick, then its the turn of the staff! Dan will lead a freestyle challenge to give staff the chance to show off what they’ve got (or haven’t got). The assembly leads into a full day of progressive, developmental PE lessons with Dan working with students of all ages and abilities to learn the basics of football freestyle. Dan will also give each and every child some skills to work on at home to impress their parents!

This website uses cookies to improve your experience while you navigate through the website. Out of these cookies, the cookies that are categorized as necessary are stored on your browser as they are essential for the working of basic functionalities of the website. We also use third-party cookies that help us analyze and understand how you use this website. These cookies will be stored in your browser only with your consent. You also have the option to opt-out of these cookies. But opting out of some of these cookies may have an effect on your browsing experience.
Necessary Always Enabled
Necessary cookies are absolutely essential for the website to function properly. This category only includes cookies that ensures basic functionalities and security features of the website. These cookies do not store any personal information.
Non-necessary
Any cookies that may not be particularly necessary for the website to function and is used specifically to collect user personal data via analytics, ads, other embedded contents are termed as non-necessary cookies. It is mandatory to procure user consent prior to running these cookies on your website.
SAVE & ACCEPT